Taiex Expert Meeting on Domestic Violence, organized in collaboration with the EU Delegation in Mauritius and the Ministry of Gender Equality and Family Welfare of Mauritius. The webinar took place on 16, 17 and 18 June 2021.

The Protection from Domestic Violence Act (PDVA) was enacted in 1997 for the protection of spouses against domestic violence. It was subsequently amended in 2004, 2007, 2011 and 2016. In spite of legislations and on-going improvements in terms of institutional support in order to address this issue, there is a widespread feeling that domestic violence is a serious social problem facing Mauritian households, more particularly Mauritian women.

Mrs Kira Uiterdijk Appel
Head of Department in the Ministry for Gender Equality/Chief Consultant for the Minister for Equal Opportunities, Denmark

Mrs Pascale Franck
Co-director of the Family Justice Center Antwerp, Belgium and Vice-president of the EFJCA 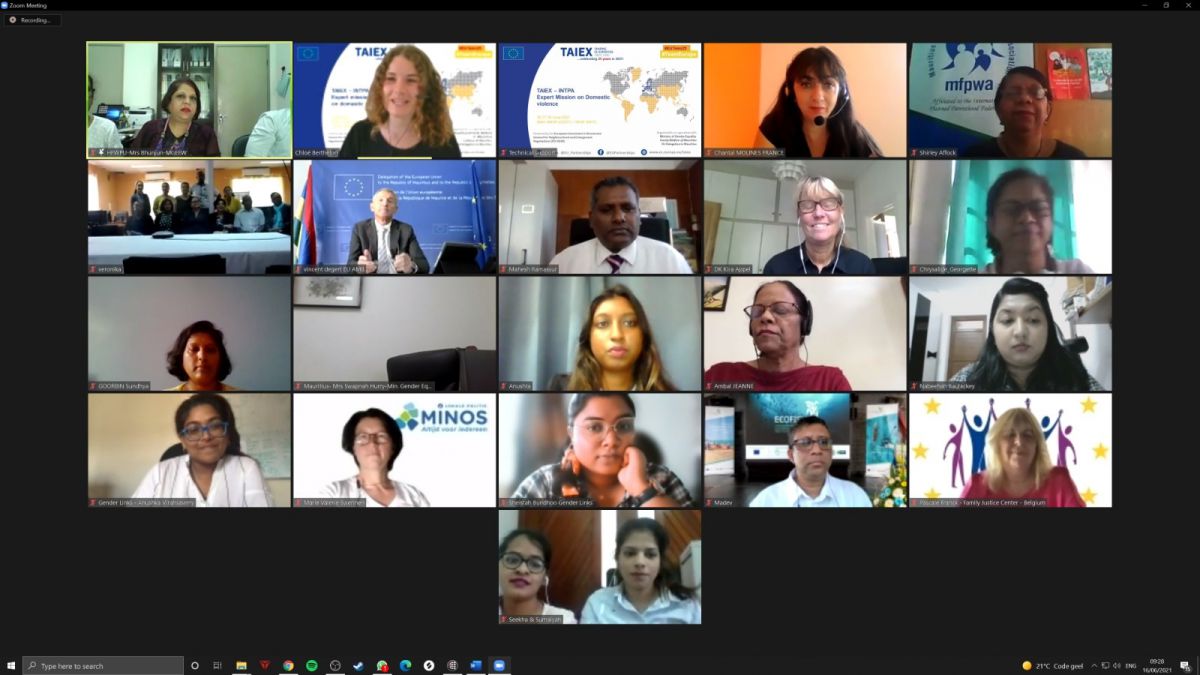