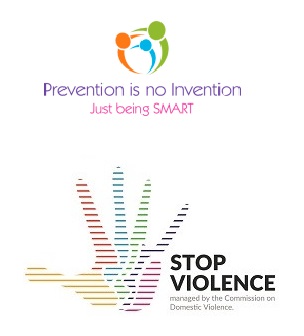 Malta is no different than other countries when dealing with matters related to domestic violence and research has indicated that the large part of the victims of domestic violence are women. 15% of women in Malta have experienced physical and/or sexual violence by their current of former partner. 15 women have in past 10 years been killed by their current of former partner or family member.

Malta has signed and ratified the Istanbul Convention and is currently being implemented into local legislation. The Commission on Gender-Based Violence and Domestic Violence of the Maltese Government is in charge of translating the purposes and goals of the Convention into concrete actions. The Commission, led by Joe Gerarda, works on the different scopes of the Convention, including Prevention and Multi-disciplinary collaboration.

To further work out meaningful and high-quality actions the team of the Commission, with Fleur Saliba and Tiziana Spiteri Aquilina, organized 2 days of exchange and conferencing in Malta.
The EFJCA was invited by the Commission to contribute to these 2 days. The model of the Family Justice Centers had inspired the team of the Commission and had found its way to Malta during the first annual EFJCA conference ‘One Safe Place for Hope and Empowerment’ in Brussels 2017. During this conference also the new EFJCA book was presented.

Both days, 31 May and 1 June, focused on the development of multidisciplinary collaboration and prevention of gender-based violence and domestic violence.

The main focus and purpose of the first day was getting the involvement of the locals councils in combatting and tackling these forms of violence. Malta went recently through a governmental change giving the more responsibilities to the local communities. The first key-note speaker on this seminar, Joe Gerada, presented a brief overview of the work of the Commission on Domestic Violence. The second key-note speaker, the Hon. Parliament Secretary Mr. Silvio Parnus, highlighted the social role and responsibilities of the local councils and expressed that the Maltese government actively supported this development. We presented our mission, vision and work of the EFJCA and the FJC’s, showing concrete examples from the existing FJC’s. We focused on the practical success factors and challenges of developing a FJC. We highlighted the adaption of the FJC work to local possibilities and the importance of the involvement of the local councils.

During the plenary debate several mayors and local counselors showed their enthusiasm and interest in the FJC model.

The conference day on June 1 was attended by more than 200 professionals working in the broad field of gender-based violence and domestic violence. Dr. Marceline Naudi & Prof. Marilyn Clark presented the results of their research ‘Barriers to Help-Seeking in Gender Based Violence Against Women’. Their main conclusion was that cultural determined gender roles and the patriarchal system in Malta deeply is absorbed in everybody’s mindset. Also the silos between professions working in the field of genderbased violence are still xisting.The consequences are that the same barriers to seek help occur for many years. To make a progress a mind-shift in the believes about gender roles and multidisciplinary approach are necessary.

Dr. Helena Dalli, Minister for European Affairs and Equality of Malta, expressed her support to the work of the Commission and Local Councils and the engagement of the national government.
Our presentation ‘One Safe Place for Hope and Empowerment’ provided the audience a broad overview of our work in Europe and was accompanied with practical experiences from our European FJC’s.

During the Panel discussion and workshops the attendees further explored the critical success factors and challenges to tackle gender-based violence and domestic violence in Malta.
Two US experts, Angela Rose of PAVE and Dr. Glenn Lipson, shared through an on-line connection with the U.S. their experiences on prevention of sexual assault.

During both days the attendees showed a great enthusiasm to bring Malta to a new and higher level of tackling gender-based violence and domestic violence. The need of multidisciplinary collaboration was expressed very clearly and the idea of further exploration found large support by the audience. 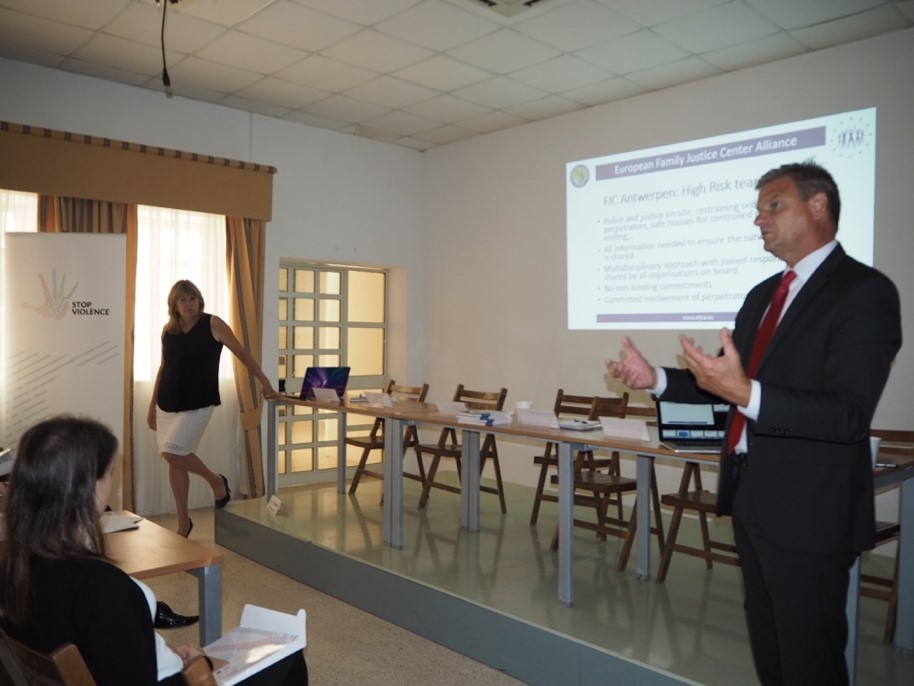 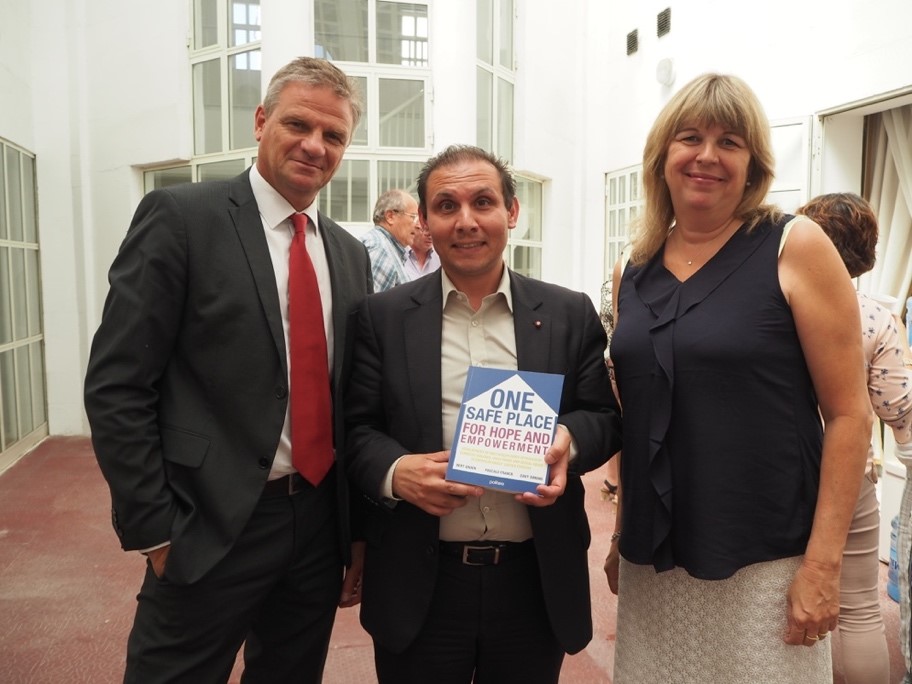 Together with Dingli's Mayor Sandro Azzopardi. 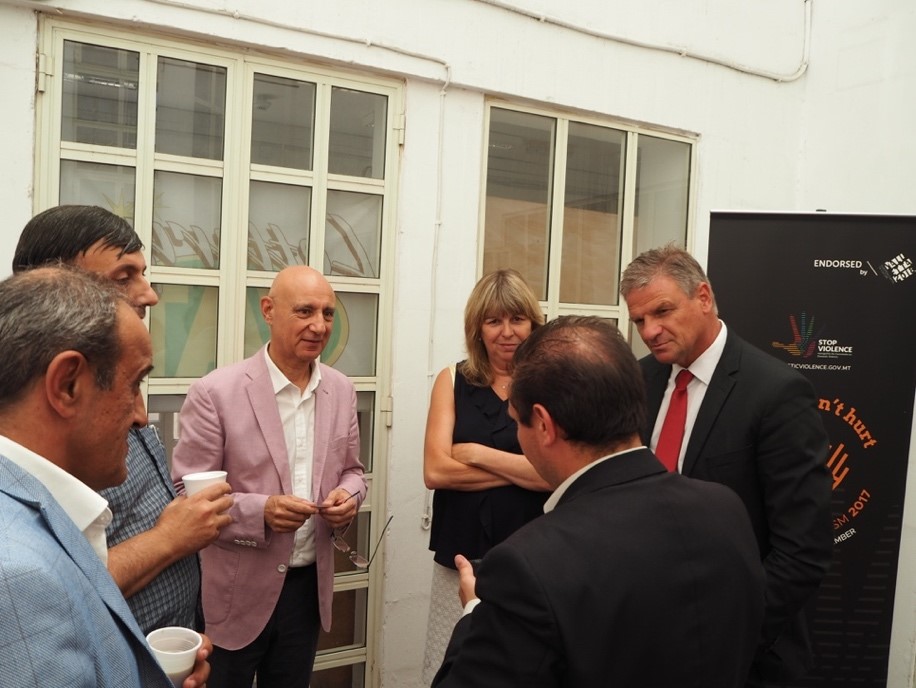 Together with Joe Gerada, chair of the Commission on Gender-Based Violence and Domestic Violence & Dingli's Mayor Sandro Azzopardi. Pascale Franck and Bert Groen accompanied with (from left to right):
Dr. Marceline Naudi, Sr. Lecturer within the Department of Gender Studies at the University of Malta
Dr. Helena Dalli, Minister for European Affairs and Equality of Malta
Joe Gerarda, Vice-President of the Social Cohesion Platform of the Council of Europe and Chairperson of the Foundation for Social Welfare Services in Malta